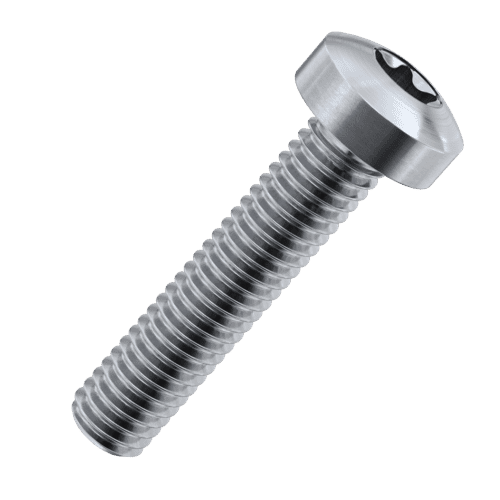 This type of Torx Screw features a Pan Head, which as the name suggests means it’s shaped similarly to an upside down frying pan, with either a flat or slightly rounded top and straight sides that are free from sharp edges. For a lower profile domed head screw, see our range of Torx Button Screws.

Screws in this range are compatible with Accu’s range of Torx Drive Bits, in Torx size T5 up to T50. Alternatively, these components can be fastened and adjusted using a Torx Screwdriver, also commonly known as a Star Screwdriver.

Accu lists both A2 and A4 Stainless Steel Pan Head Screws fitted with a Torx Drive. Additional finishes, such as Chemical Blackening and Thread Locking Patches, can be applied.

Bumax 88 options are also available for applications where the corrosion resistance of stainless steel is needed alongside enhanced tensile strength.

Imperial Torx Pan Screws are available in thread sizes starting from No. 4 up to ⅜”.

Log in to view your projects.
Looking For Bespoke, Precision Manufacturing? Get A Quote Now. Discover more
Copyright © 2021 Accu Limited. All rights reserved.